The “Rochester City Course”  was originally designed as a 9 hole layout and opened for play in 1972.  While the layout was sufficient at that time, Rochester’s golf interest grew. The RHS golf team began practicing and hosting matches at the course (the 1980 team won the IHSAA State Championship). The Fulton County Golf League was formed and the Rochester City Course was selected as the desired layout. Corporate outings and community fundraisers also became popular. All of this in addition to Rochester’s regular daily players and out of town visitors.  The course name was eventually changed to “Mill Creek Golf Course”.   In a highly debated and somewhat controversial decision, a second nine was approved.  The additional nine encountered delays during the construction process, but persistence paid off in the fall of 1992 when Mill Creek officially opened as an 18 hole layout. The back nine was designed primarily on land formerly used as a federal fish hatchery and, as a result, several holes incorporate water hazards(see scorecard). The Rochester Park and Recreation Board has continued to take a progressive approach to the golf course and initiated a Master Parks Plan which was intended to establish and strengthen Mill Creek as a course of quality and affordability (See Course Photos). The 2005 Golf Season brought about another name change and another new look.  The “Round Barn Golf Club at Mill Creek” opened in the renovated Gerig Round Barn and, although the holes themselves are the same, the course configuration obviously had to change as well. 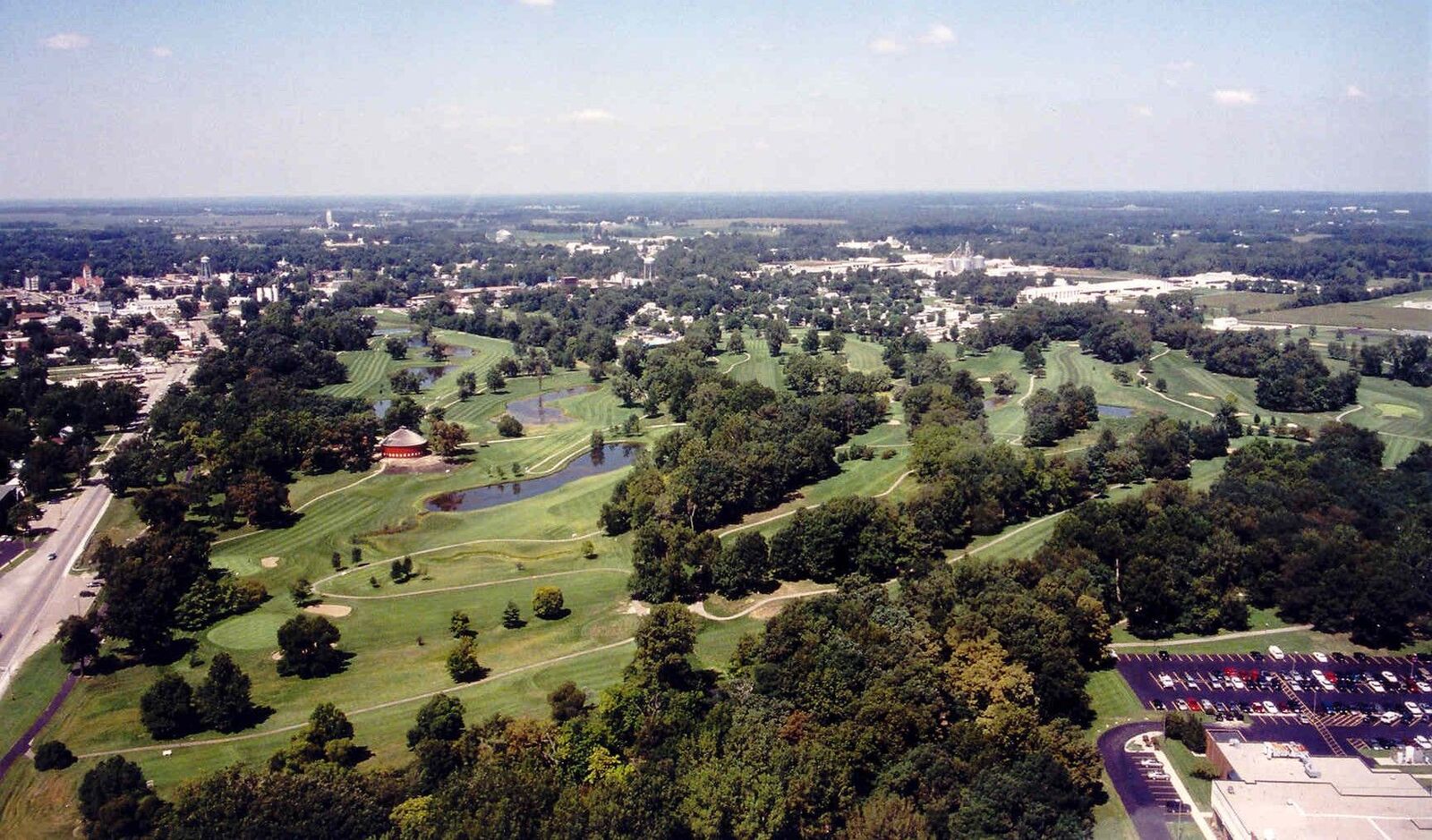 A View from the Air
This aerial photograph demonstrates the Golf Course location is literally secluded and yet in downtown Rochester, Indiana

PLAY FROM A YARDAGE WHERE YOU ARE COMFORTABLE!

PLAY FROM A YARDAGE WHERE YOU ARE COMFORTABLE!

Photos show the some of the progression and development of the short game area. Rochester Metal Products provided roughly $17,000 to fund the project in memory of Ron Meyers. Lyle Lingenfelter planned the design, Glenn Johnson was responsible for the dirt work, and the Round Barn Maintenance Staff was the labor behind bringing the project to completion.  Although already in use, the area will continue to grow in and improve over the next several seasons.
The Ron Meyers Short Game Area provides golfers with the ability to practice shots from less than 70 yards from varied lies, varied turf conditions, shallow bunkers or a steep faced bunker.  It also offers several targets, several different landing features, and even allows the golfer to hit slightly uphill or slightly downhill.  The target green is mowed at fringe height for the convenience of the golfer so they do not need to be concerned with fixing ball marks. 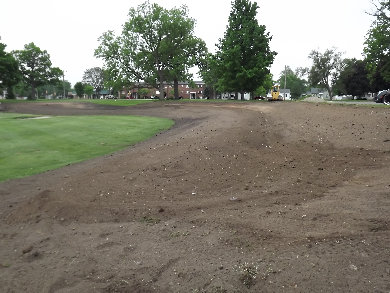 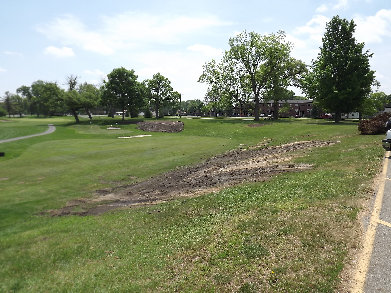 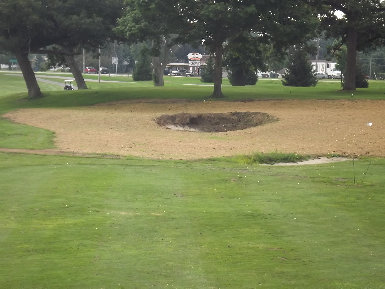 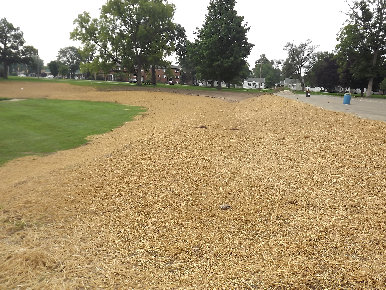 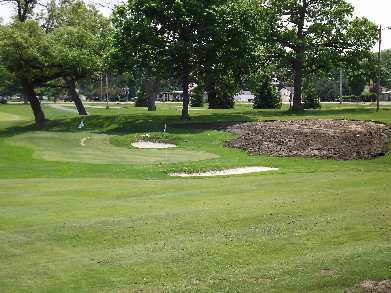 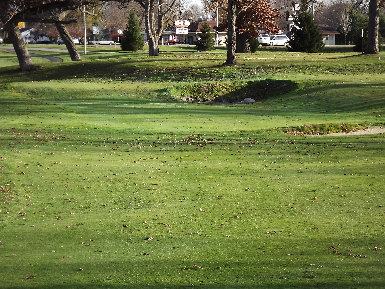 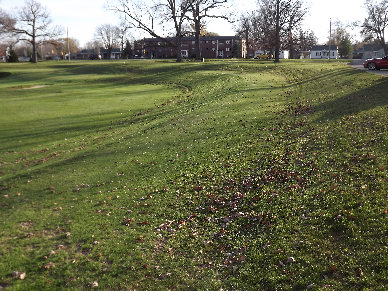 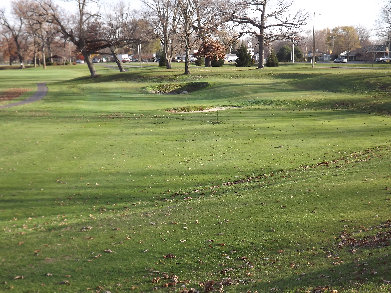 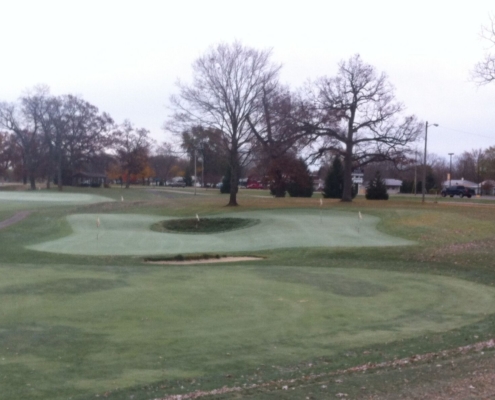